One finish for January

I guess the time stamp on my post will be 1st February but it still 31st January for just under 3 hours so I can report my first finish for the year and the month but my 6th finish since I joined the group last year! I managed to put the last stitch on the binding of one UFO tonight. I finished a candle mat that I started in November 2010. This was for a swap and with the instructions given, we were making two at a time. Of course I finished the first one then and there to send it in time for the swap. But the second one was half pieced and languishing in a plastic bag until last month. I finished piecing the top in December and was hopeful it would be all finished by year end. 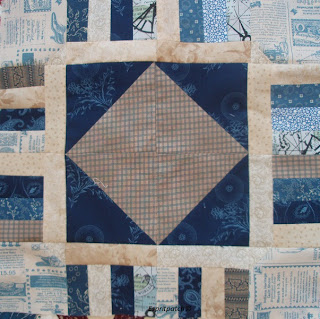 But that was before Baby Daughter made her entrance into the world on Christmas Day! Anyway, it is now finished and I will be able to give it away as a birthday present later this year. 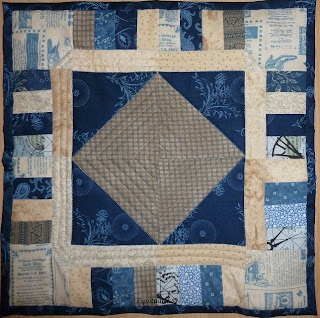 Celine
Posted by Celine at 7:53 AM

Lovely candle mat.. glad it got finished and congratulations on Baby Daughter... how magical...
Hugz

Nice finish and congratulations on your baby daughter!

Congratulations on your baby!! Lovely piece. Sewing time will be precious now.

I love the colours you have used.
And a baby on Christmas Day... how special.